Neil Rusch answers questions regarding the long history of honey, toxicity, and intoxication.

Honey, Toxicity, and Intoxication: Question & Answer
·
This Pub is a Supplement to 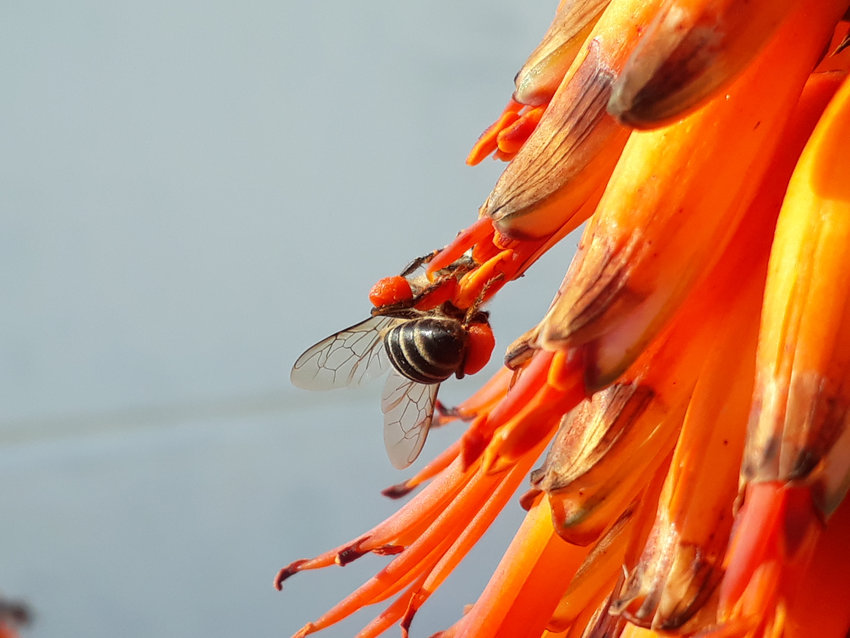 Honey, Toxicity, and Intoxication: A 40,000 Year History of Mead in Southern Africa?
by Neil Rusch

Question: Going back to those fine tools you were showing, that you were saying they weren't designed to necessarily take down wildebeest or anything. Christopher's got a question here that, if you bring down an animal with a poison dart, how is it when you go to consume it yourself that you also don't get poisoned during that process? Or do you?

Neil: This is a very interesting question because it's occurred to me as well. But what it points to is a sophisticated knowledge about toxicology. I think they probably were mistakes made with bad consequences.

The area where the arrow delivers a poison can sometimes be cut out. And then, certain body parts are also not consumed. So this would be a long experience built over a great period of time.

And it's curious, too, because the distinction between what is poisonous and what is edible is actually a shifting boundary. Because it can depend on season. Some plants are edible at different times of the season. Other times in the season, you avoid them.

I mentioned this account by a deserter who went and lived amongst the Khoe people on the Orange River. And they were collecting honey from, it seems to be Euphorbia plant, which is toxic honey.

That the honey itself, toxic in the sense that excruciating burning in the throat. And, by his description, he was severely incapacitated for 3 days. But the curious thing about this is that that honey was from the same tree where they were collecting poison for their arrows.

Question: What are your thoughts? Like how did people know to combine these elements together? Or was it just accidentally stumbling upon bee bread, honey, water, all these things together as a concoction made something? What do you think the thought process was there? As the first person to stumble across this and thought: I'll try a drink of that.

Neil: I think, at first, it was accidental. And then opportunistic. We see this in primates. Some chimpanzees, they create tools to access honey. But there is, I'm told, there is a particular troop that has developed a taste for fermented palm sap. And then on Madagascar, there are 2 little primates that if they give a nectar and fermented nectar they will choose fermented nectar.

So I think it was a long process of accidental discovery. And then, slowly, as the ability to self-reflect all those cognitive skills, the flexibility. When that was there, then fermentation could take place because the ingredients were there from way before Homo sapiens appeared on the scene.

But all those techno-behaviors that I mentioned, they start to appear in archaeological record, as I said, from about 100,000 years ago. And most of the archaeological evidence is coming from the sites in Southern Africa, particularly along the Southern Cape.

Symbolic behavior amongst other things. The first appearance of paint. And once you've got that, I believe that fermentation then is-- you remember the experience you had drinking the honey that is fermented and think, well how do I make it myself.

Question: Again, what are your thoughts about how maybe this experimental process potentially led to the rise of different healers and human groups, commonly referred to as shamans in these healer groups? Was that also potentially a power that was controlled, this fermentation process?

Neil: You know that amongst the San, they're incredibly egalitarian. And that, I don't think, control might be a bit of a strong word in the case of Southern Africa. In other places it might be different.

I know that there were in Amazonia, they were exploiting psychoactive plants for shamanic purposes. And people like, Peter Mitchell at Oxford, he believes that there was more use of psychoactive substances in Southern Africa, which had been underreported.

But the counter to that is that experienced shamans have the ability to go into trance with very little provocation. It's in the Kalahari situation. It's said ethnographic graphic sources and anthropologists from trance dances and shamans.

That it's only the young initiates that are introduced to the psychoactive substance to help them over the first hurdle. And they become experienced at accessing those states.

Honey was always, and has always, been a highly valued substance. And the San Bushmen speak of n/um, which is like potency. Certain antelope, like the eland, has potency. Honey has potency. And certain plants have potency.

And the magical quality of honey and works that are referred to, or faintly referred to, the Bushmen in the drawings.