The Ancient History of Yoghurt [essay]

History of Yoghurt, Part 2 - An exploration of our earliest relationships with yoghurt microbes.

by Jessica Hendy, Matthäus Rest, and Christina Warinner
The Ancient History of Yoghurt [essay]
This Pub is a Reply to 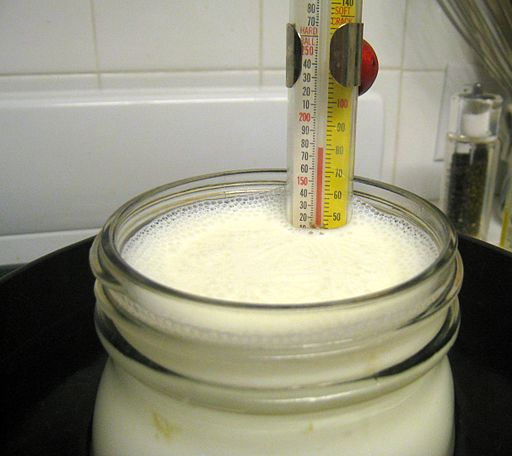 The consumption of yogurt has a long history, although its origins are largely unknown. Dairy fermentation traditions are found in multiple regions around the world, including Europe, large parts of Africa, the Middle East, the Indian subcontinent and across Central Asia. Archaeological evidence indicates that sheep, goat, and later cattle were domesticated approximately 11,000 years ago in a region of fertile land that includes present-day Jordan, Lebanon, Syria and Iraq. Another species of cattle, known as zebu or humped cattle (Bos indicus), was later domesticated in present-day Pakistan around 8,000 years ago. Other domesticated dairy species include the yak (Bos grunniens), water buffalo (Bubalus bubalis), horse (Equus caballus), donkey (Equus asinus), dromedary camel (Camelus dromedarius), bactrian camel (Camelus bactrianus), and reindeer (Rangifer tarandus). Although only ruminant milk is generally suitable for conventional, rennet-based cheesemaking, the milk of all of these animals is used to produce sour milk products (such as yoghurt).

Anatomical analysis of animal bones has allowed archaeologists to identify the presence of domesticated livestock at early Neolithic sites, and biochemical methods have revealed that people began milking these animals very soon after domestication. By extracting fats from the ceramic vessels used for food processing, researchers have been able to identify that people processed milk products from at least 9,000 years ago in Central and Southeastern Anatolia [1]. Once established, these dairy technologies spread over great distances. Neolithic farmers likely brought dairying with them to Europe beginning 7,500 years ago [2], and during the Bronze Age dairying spread eastwards across the Eurasian steppe, reaching Kazakhstan by 5,500 years ago [3] and western China by 3,500 years ago [4]. In Africa, evidence of dairying has been found as early as 6,000 years ago in the Sahara [5], which was once lush and green before climate change led to desertification between three and five thousand years ago. In the Indian subcontinent, the origins of dairy processing are less well-known, although the analysis of cattle bones found at early Harrapan archaeological sites may indicate the consumption of milk at around 5,000 years ago [6].

The processing of milk into different dairy products would have been essential for these early farmers and herders, who are known to have lacked the genetic ability to digest the milk sugar lactose as adults, a trait known as lactase persistence [7]. Fermenting milk to create sour milk products like yogurt reduces the lactose content of milk, meaning that early farmers and pastoralists would have been able to consume fermented milk products more easily and with fewer of the adverse side effects of lactose intolerance, such as severe bloating and diarrhea.

Over time, human cultures developed additional ways to process, store and consume dairy foods. For example, in Central Europe around 6,000 years ago people created unusual ceramic vessels pierced by many small holes. By extracting preserved fats from these vessels, archaeologists were able to determine that these unique vessels were probably used as a strainer for curd separation and thus cheese production, although it is not known if acid cheese (a sour milk product) or rennet-based cheese was made [8]. In Xinjiang, China, kefir grains have been found associated with mummies dating to approximately 3,500 years ago, providing the earliest evidence for the production of a SCOBY sour milk product [9]. And in Central Asia, yogurt production coupled with further heating, straining and drying has been traditionally used to create aaruul, a transportable and storable sour curd that enabled people to ‘eat on the go’ during long horseback campaigns, as later documented for the 13th century armies of Ghengis Khan [10]. By 4,000 years ago, milk protein evidence in tooth tartar indicates that dairying was widespread across Europe and the Caucasus [11], and dairying had become a full blown prehistoric industry throughout much of Eurasia.

With the advent of writing, written accounts of dairy products appear among the earliest texts of the ancient Near East, circum-Mediterranean, and South Asia. For example, details of dairy products and iconographic depictions of milking can be found as early as 5,000 years ago in Mesopotamia, and milking also appears in Egyptian murals after 4,000 years ago [12]. References to cow milk and later goat milk appear in South Asian texts beginning around 3,700 years ago, and the Vedic text Śatapatha Brāhmana, written a thousand years later, describes a wide variety of sour milk products made from cow milk, including sour curds, sour cream, curdled milk, clotted curds, and clotted whey [12]. A dairy product that may be butter or curds is described in the Old Testament accounts of Abraham from around 3,500 years ago [13], and dairy products are described in Homer’s Iliad written around 2,700 years ago . A few centuries later, the Greek historian Herodotus chronicled the dairying habits of the nomadic Scythians [14], and Caesar described the Celts, Britons, and Germans as consuming milk [15], providing a glimpse of the dairying traditions of European and Asian societies outside the Classical world. The Romans themselves were avid dairy consumers, and sour milk products called melca and oxygala are named as ingredients in the Roman recipe book Apicius and in the writings of Galen and Pliny the Elder [16]. Melca was likely a type of sour curd or acid cheese, but descriptions of oxygala suggest it was similar to yogurt [17]. The word yogurt itself is in fact Turkish in origin, meaning ‘thickened’ [18]. 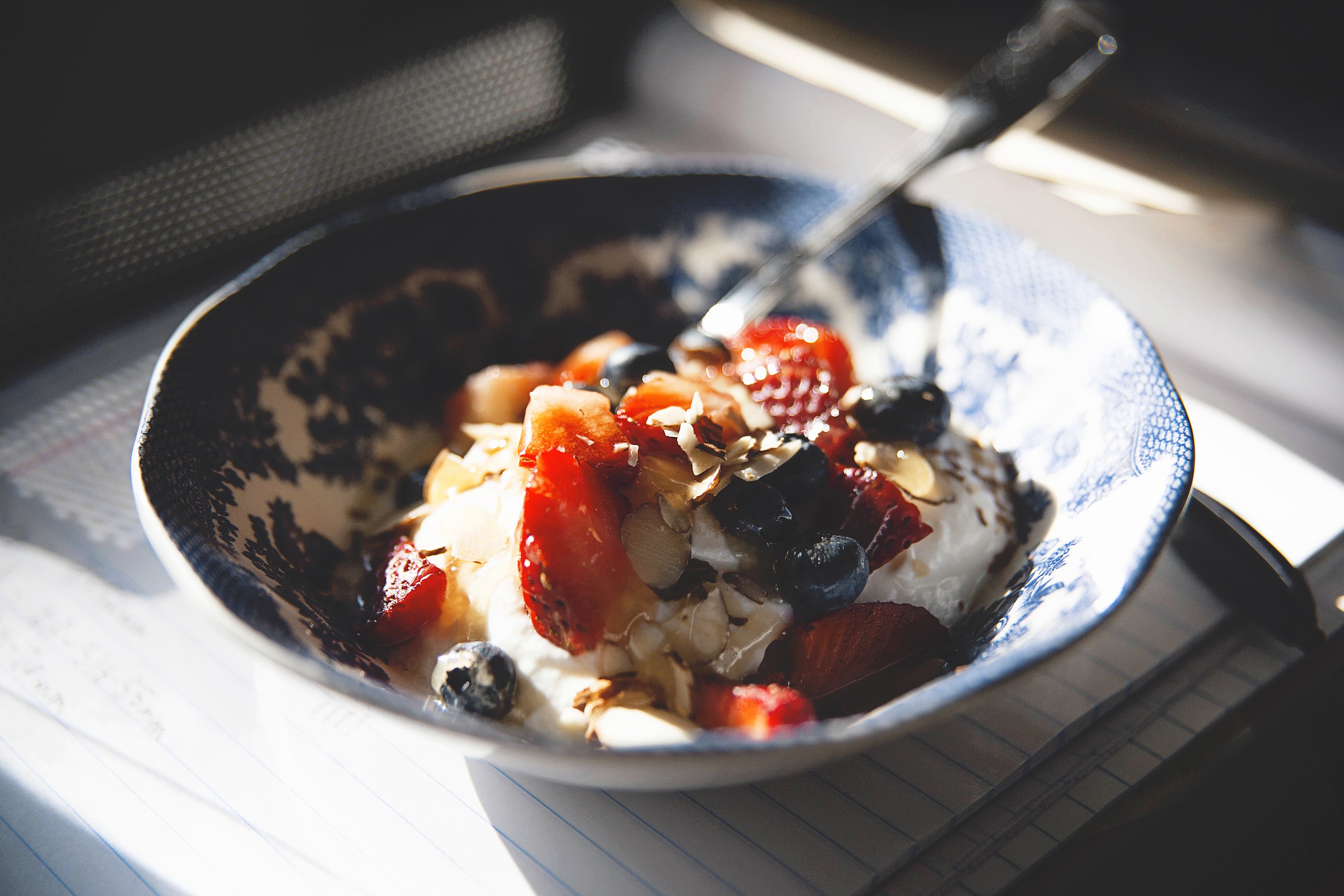